A War of Attrition

Earlier today, the Royal Orbis News announced that Morningstar launched several attrition wars against the Knights Templar to which they responded with counters. Yang, from RON also mentioned the fighters from Morningstar may have the intention to use nuclear weapons.

Atlas Wire reached out to both parties, we spoke with Thalmor from Knights Templar and Mars of Morningstar. We found that this recent attack may be related to the previous global war with Hedge and Swamp blocs attacking The Commonwealth and friends – to which both parties were on opposite sides – and some OOC issues that occurred between Morningstar and Knights Templar around the same time.

During the war, Morningstar left protection status from Terminus Est and posted publicly about this departure. Due to the departure from their protectors, when peace was reached on a grander scale – Morningstar was left out and peace was never officially resolved. Thalmor tells us that peace negotiations with Morning star were very difficult and most times they didn’t know who was in charge due to internal quakes within Morningstar. “Eventually, [if I remember correctly] there was radio silence and things died down as all of MS went purple” Thalmor said. He also added that Mars, leader of Arrgh and Morningstar deleted their nation at the time.

We don’t believe in diving into out of context dramatics when delivering news to our readers, however, this war seems to pull in past grudges and draws parallels to what happened in the past – which still sits fresh on the surface. Thalmor tells us that during the war, some members of Morningstar made allegations against Knights Templar members – this continued for some time during the war and got worse when multiple members of Morningstar joined the Knights Templar server and made those allegations more public. Some of these allegations were related to antisemitism and pedophilia. Thalmor told us, “Their ultimate defense was that they joined KT’s Discord to confront a member for Anti-Semitism but I could never get anybody to say what was said or who said it.”

Mars of Morningstar told us “to be honest, nah. its too long of a story to paint a decent picture,” in reply to why they launched attacks on Knights Templar. He added, “I mean I don’t even have a problem with their membership [to be honest], its more of a few on hedge side type thing, leadership or whatever they are.” We added a bit more pressure on the Morningstar side of the story to be able to provide a better view of the past and the current skirmish to which Mars replied, “I just feel this is reopening a bunch of stupid stuff, I’d rather if we could just nuke them in peace.” Mars wished the previous to be their official statement on the matter, but did add that “[Knights Templar] crying about some comments made by our former members is pretty funny to anyone [who has been] playing this game for more than 5 minutes. We would just like to nuke them in peace if that’s possible.”

We will continue to monitor for any future updates.

If you or someone you know is being threatened or harmed over the internet there are resources for you. If issues are happening on Discord, check out how to properly report individuals here. As always, if you are harmed or feel threatened, reach out to your local law enforcement agencies. Atlas Wire does not condone name dropping in relation to OOC allegations, this story has removed that portion of the argument. 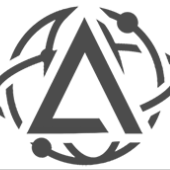