A Chairman Steps Down.

Earlier today, Mad Max, previous Chairman of a mid-tier alliance in Politics & War posted his public resignation as Chairman of Atlas Technologies. The statement was posted on the Politics & War Alliance Affairs forums keeping with their theme as a world corporation and was addressed to Stakeholders, Shareholders, and the general world community. The statement, located here, identified that the Atlas Technologies Administration initiated their succession process earlier this week to find a fit candidate for the role as Chairman.

Most of the leadership of Atlas Technologies came over from a now defunct alliance called IronFront which was led by Tom Riddle. After the last global war, tensions grew within the alliance leadership which forced a group of alliance members to seek out their own alliance. Within that group was Mad Max, Jordan, Tiberius, Domius, Ian, and Chara. The group sought out protection from Camelot and steadily worked to build a foundation that focused on community and technology.

Mad Max made mention to his past leadership within the world of Orbis stating “I have often times acted with ill-pride and ego which has led to a more abrasive characteristic of myself.” He also added that he accepted the role as Chairman of Atlas Technologies to champion the group ideas upon creation of “progression, difference, and quality” to which he says he has failed at in the past.

Most resignations or transitions of power happen due to burnout, personal or real life reasons, or simply no motivation. Mad Max says “My departure from the role as Chairman is not due to any personal reasons, nor the duties tasked to me as Chairman.” It seems as though Mad Max wants to continue the progression and motivation of the alliance by installing fresh eyes and leadership.

At the end of the statement, Mad Max announces Jordan – previously the Director of Strategic Investments (finance) as his successor to the role of Chairman of Atlas Technologies. Mad Max describes Jordan as going above and beyond his duties while also including that the succession assessment also focused on “his role as a friend to me as well as to many others throughout the world of Orbis. His attitude, demeanor, and character profile is and has always been outstanding.”

Atlas Wire caught up with Jordan – the now Chairman of Atlas Technologies for an official statement. “I want to thank Max for his leadership in founding Atlas Technologies,” he said. “He was [the] creative mind that started it all.” When asked what he plans to do in his role as Chairman, Jordan said “I plan to build off the work he’s put in and I plan to put him to work as well. While he is stepping down as Chairman, he will be stepping into the role of Systems Administrator.”

We understand that the Systems Administrator role will manage Atlas Technologies’ engineering side which includes managing the Department of Engineering, sites and servers, and the progression of the applications currently being built within the community of Atlas Technologies. “Atlas has grown steadily as a place for new players to find a home, while we hope this never changes, I do plan to develop some new internal policies that will see our mid-tier nations grow, while still leaving room for expansion in the low tier,” Jordan said in further relation to his plans as the new Chairman.

In closing, Jordan says he wants to thank Mad Max for the opportunity to lead and “[I] hope that Atlas Technologies will grow and strengthen under my leadership.”

We wish all the luck to Jordan filling the role as Chairman of Atlas Technologies and congratulate Mad Max on his slight retirement to Systems Administrator. 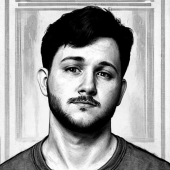